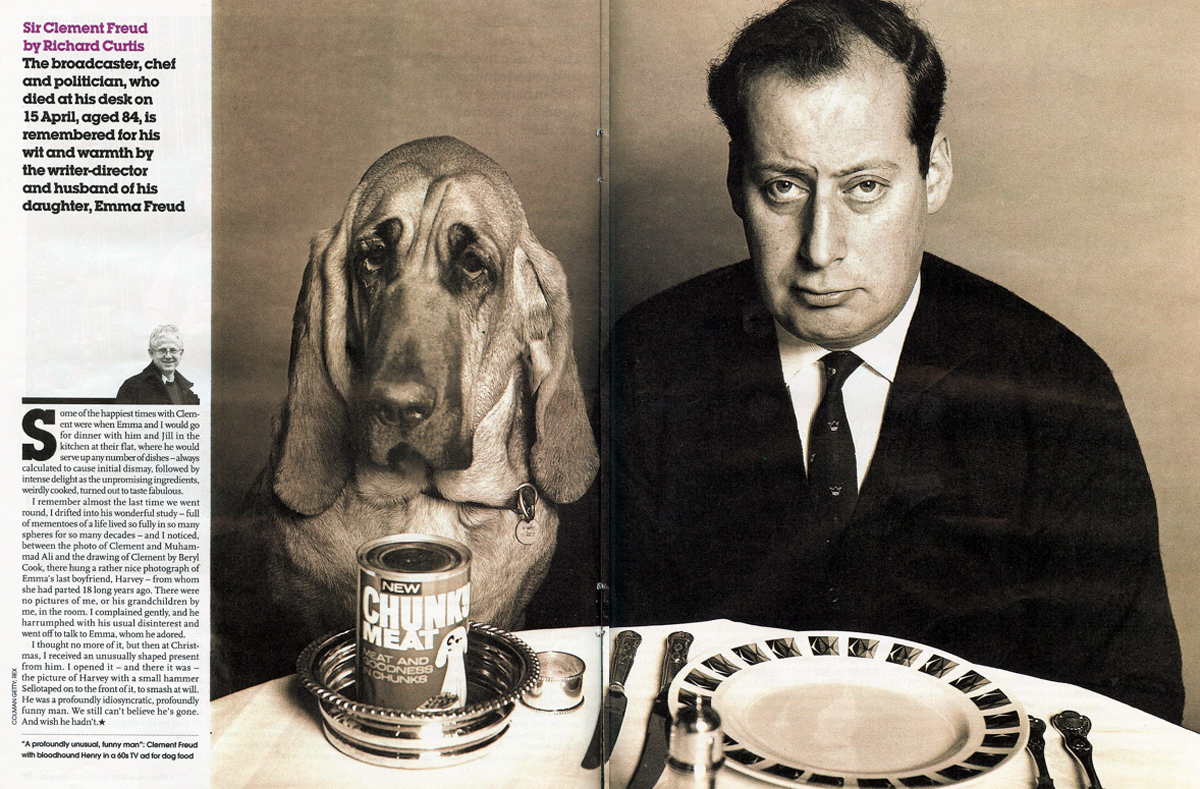 Clement Freud: The broadcaster, chef and politician, who died at his desk on 15 April, aged 84, is remembered for his wit and warmth by the writer-director and husband of his daughter, Emma Freud

Some of the happiest times with Clement were when Emma and I would go for dinner with him and Jill in the kitchen at their flat, where he would serve up any number of dishes – always calculated to cause initial dismay, followed by intense delight as the unpromising ingredients, weirdly cooked, turned out to taste fabulous.

I remember almost the last time we went round, I drifted into his wonderful study – full of mementoes of a life lived so fully in so many spheres for so many decades – and I noticed, between the photo of Clement and Muhammad Ali and the drawing of Clement by Beryl Cook, there hung a rather nice photograph of Emma’s last boyfriend, Harvey – from whom she had parted 18 long years ago. There were no pictures of me, or his grandchildren by me, in the room. I complained gently, and he harrumphed with his usual disinterest and went off to talk to Emma, whom he adored.

I thought no more of it, but then at Christmas, I received an unusually shaped present from him. I opened it – and there it was – the picture of Harvey with a small hammer Sellotaped on to the front of it, to smash at will. He was a profoundly idiosyncratic, profoundly funny man. We still can’t believe he’s gone. And wish he hadn’t.